The music of marketing

I always used to say that I ‘fell’ into marketing.  At school I wanted to be a music teacher.  Music was my ‘best’ subject so it seemed the natural career path.  I also knew no-one in my circle who was in business, so it never occurred to me that I could lead or contribute to one.

I went back to University to study for a Masters in Marketing when I was 27.  I had been working as Sales & Marketing Manager for a London orchestra for five years and was looking to progress and get my next job.  No one outside of the classical music industry would employ me because what they saw on my CV was a music degree and no formal marketing training.  The fact that I’d turned out to be quite a good marketer had no evidence other than my success in one role. And so, when I graduated with my Marketing Masters, I played my musical background down to get my next job.  It went on the ‘hobbies’ list.

It was only in an interview for my last permanent role as a CMO that I clocked what I said.  I studied music before I studied marketing, and what music and marketing have in common is the need for both analytical and creative skills to be successful.  After 20 plus years of a successful marketing career I had realised that my musical skills were actually a path to that success. And I’d been using them every day.

I don’t really know why I first got into playing music – other than the fact that my parents both liked Rogers and Hammerstein musicals and fought over who was best – Frank Sinatra or Tony Bennett.  I guess it was also because it was something I could ‘join’ – I was born with hip dysplasia so sports were out and my team sports were recorder club, guitar club, brass band and eventually choir.

At junior school my music teacher encouraged me to sing.  I’m not sure I was actually that good but knowing myself, I suspect I was very enthusiastic!  Then one day, when I was 11, the head of peripatetic singing for South Yorkshire came to our school.  Vivien Pike ran a city choir and was looking for new members.  Most of the girls in the choir came from the more affluent side of the City – where singing lessons were funded by the schools that employed her.  But the council wanted a representation of people from less privileged backgrounds.  I almost didn’t audition because the choir clashed with girl guides, but my music teacher pushed hard.  Ironically, I was on a guides camping trip in Devon when I heard I’d got in.

One year later the choir won the first ever BBC televised ‘Choir of the Year’ competition in the UK.  It was my first experience of winning as a team.  And of getting things right, piece by piece, to build a performance.

Vivien was big on discipline.  Almost 20 years later we did a reunion concert with Lesley Garrett (who Vivien also taught to sing) and when Vivien walked on stage to take the rehearsal, everyone immediately stopped talking and sat up straight.  We all laughed about it later because it was ingrained.  She had trained us in the first role of being a musician.  To listen.  To her and to each other.

She also taught every girl in the choir individually – so she knew our personal as well as our collective capabilities.  She was able to blend us perfectly – we won competitions because everyone was in the right ‘part’ and knew where we were supposed to fit.

We also knew what she expected.  There was a very clear value proposition behind this girls’ choir and through her we all knew and felt it.  That value proposition was about excellence.  It was also about commitment – we all had to play our own part.  Once the ‘note-bashing’ was done we had to learn and practice the music individually, in our separate parts and as a whole.   We had to teach ourselves as well as expect to be taught.  This was not a ‘go on the one day training course and you’re done’ approach!

Over the next few years, whenever we travelled to competitions or festivals, people in other youth choirs had heard of us though they’d never met us or heard us sing.  We weren’t just a choir, we were a brand.

I think it was in his Stanford Commencement Address that Steve Jobs said; ‘you can only join the dots looking backwards’.  Now in my late 40s I can see that I have copied much of what I learned from Vivien in my approach to building marketing teams and brands.  A great logo or a great product don’t make a brand (although they do help); people make a brand work.  People deciding to contribute to a common goal and be part of something bigger than themselves.

I cut my teeth building marketing teams in a yellow pages company.  I remember a new CEO asking me how I had developed such a good team.  My new internet marketing team was hand-picked to work together and I’d thought about that as I built it.  They weren’t all the same type of people but they did buy into a collective goal and shared some values around doing good work.  They also had a very aggressive sales culture to work in – which in musical terms provided counterpoint (more on this later).  In all the organisations in which I’ve built and led marketing teams I’ve approached their brand as a musical performance.  A performance that first a marketing team, and then all the employees in an organisation can contribute to day-in, day-out.

Fast forward another 15 years and I’m now a marketing strategy consultant and mentor for smaller service businesses.  What I bring is not just the marketing strategy (what to do and how to do it) but also an approach to orchestrating that across an organisation.

Or to put it another way. I take their tune and help them orchestrate, rehearse and perform it like a Beethoven Symphony.

At school I wanted to be a music teacher.  It turns out that I am.  I teach the music of marketing.

PrevPreviousCEO of a scaling business: Are you the composer or conductor?
NextBrand insight: seek diverse perspectivesNext
Facebook
Twitter
LinkedIn 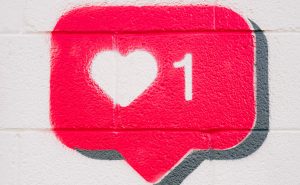 Home or Away? Social Media & Digital Measurement at #FoM 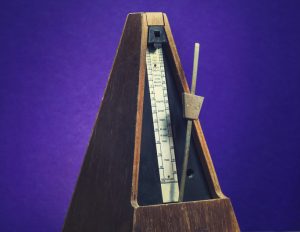 When you’ve launched your value proposition it’s vital that you don’t chop and change too much.  This is the hardest thing for an entrepreneur to 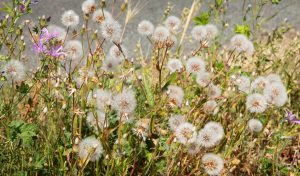 Is your brand’s key message blooming or a bit lost in the weeds? 

If you have a clear value proposition for your brand, you also need a set of aligned key messages.  Your brand proposition needs to be

Ready to take the next step?

We provide workshops, tools and programmes that help business leaders and marketers to build value propositions and marketing strategies to help them grow.

Typically our clients are service businesses with at least 10 employees and £2m turnover.

This website uses cookies to improve your experience while you navigate through the website. Out of these cookies, the cookies that are categorized as necessary are stored on your browser as they are essential for the working of basic functionalities of the website. We also use third-party cookies that help us analyze and understand how you use this website. These cookies will be stored in your browser only with your consent. You also have the option to opt-out of these cookies. But opting out of some of these cookies may have an effect on your browsing experience.
Necessary Always Enabled
Necessary cookies are absolutely essential for the website to function properly. This category only includes cookies that ensures basic functionalities and security features of the website. These cookies do not store any personal information.
Non-necessary
Any cookies that may not be particularly necessary for the website to function and is used specifically to collect user personal data via analytics, ads, other embedded contents are termed as non-necessary cookies. It is mandatory to procure user consent prior to running these cookies on your website.
SAVE & ACCEPT